That One Night When Lost Souls Wander …

Halloween is traditionally the one night of the year when foul things from beyond the grave can break through to wander through our earthly domain. It’s kinda like the Vaults of Hell being left unlocked by some drunken infernal gatekeeper or something.

In the spirit of the season I thought it might be fun to let the infamous Vault-of-unseen-Cthulhu-Reborn-goodies creak open for just a bit and let some designs escape to haunt the internet … just for this one night. 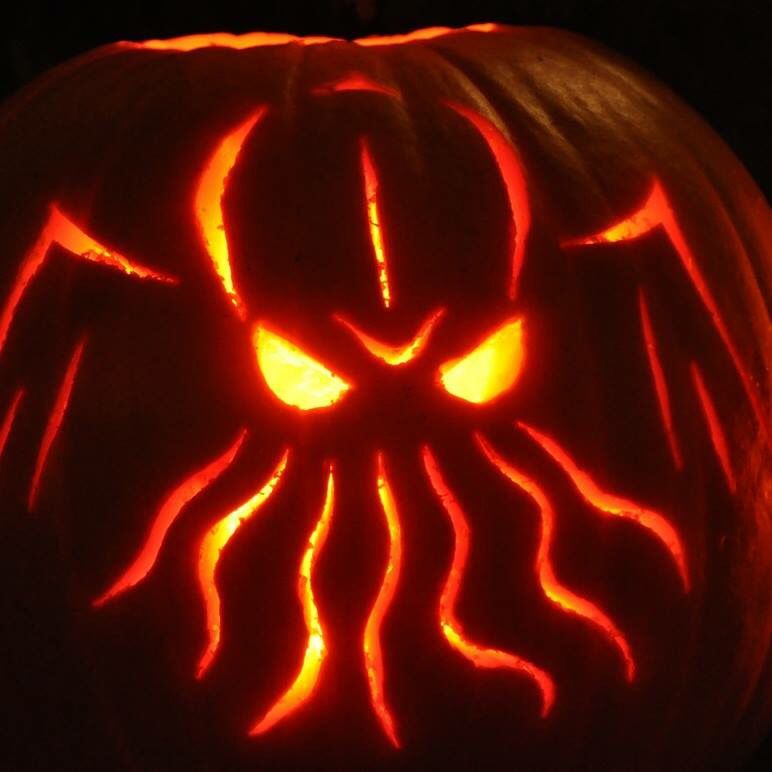 Since starting Cthulhu Reborn back in 2011 we have been asked by a lot of different people to design things for their Lovecraftian projects … in many cases, our hellish designs have made it into PDFs and printed books. But in a lot of other cases, those designs are still sitting in the vaults waiting for the stars to be right and the projects in question to finally see the light of day. Normally we don’t share any pre-release pics of things we’ve made for other people, mostly to avoid stealing anyone else’s thunder. But, infused with the pumpkin-y Halloween goodness we are going to break that habit just once and share some unpublished things. [Apologies to any publishers who might be offended; hopefully you will also share in the spirit of the season]

All four of the tasty morsels we’re going to share have one things in common … they all feature Call of Cthulhu character sheet designs. It is no secret that Cthulhu Reborn has released a lot of different themed versions of the 6th Edition and 7th Edition character sheet. Just check out our downloads page, or the official Chaosium website for examples. But, as you will see below, there are plenty of others we’ve made over the years and which haven’t yet been loosed upon the world!

Vestiges of Hate was the name given by Chad Bowser to a techno-thriller espionage-themed Call of Cthulhu campaign or setting that he had been working on. Back in 2013 he asked me whether Cthulhu Reborn might be able to put together some custom character sheets for his pre-generated techno-spy characters (all of which had cool handles like “The Face” or “The Wheelman”), as well as a couple of handouts.

Punktown is a much-delayed, but very cool-sounding, Kickstarter project which provides a near-future dystopian setting for Lovecraftian gaming based on the novels of Jeffrey Thomas. Initially this book was going to be released by the now-defunct (and sadly missed) Miskatonic River Press, but the project has since moved to being released by Chronicle City. It’s actually quite close to being released to its very patient backers … and as a last-minute addition I was asked a couple of weeks back to create a brand new Punktown character sheet.

Cthulhu By Arclight is a setting book for Delta Green, set during the Vietnam War. It was announced back in 2011 as an upcoming title from Sixtystone Press, but there hasn’t been a lot of news in recent times about its current status … We were asked back in 2011 whether we could contribute some character sheet designs (actually the first commission we received!)

Also on the “upcoming titles” list from Sixtystone Press is a series of most excellent books set in Colonial-era America, or more particularly Colonial-era versions of the townships made famous by Lovecraft — Arkham, Kingsport, and the like. This is a truly inspired setting for historical gaming, made all the more special by excellent writing by Kevin Ross and others. We really, REALLY hope that these books see the light of day sooner rather than later. We were asked back in 2012 to design a character sheet for the core setting book, Colonial Lovecraft Country.

We hope you’ve enjoyed this peek into our normally-tightly-bound vaults of secret-unreleased-stuff. We hope that you haven’t been unduly disturbed by the nocturnal meanderings of things that should, by all rights, never have seen the light of day!