Those of you who eagerly watch the annual ENnies awards (announced at GenCon Indy) might have already noticed that Pelgrane Press won an awful lot of awards this year … one of which was for the “Hawkins Papers” handout/addon set for the Dracula Dossiers.

Cthulhu Reborn was heavily involved in designing all the prop-work for that set … so we’re obviously very excited to hear that it picked up the Gold for “Best Supplement”.

The huge awards success of the Dracula Dossiers, and Pelgrane Press more generally, is told in all it’s medally-glory by this photo of Ken Hite and Robin D. Laws. Congrats to all 🙂 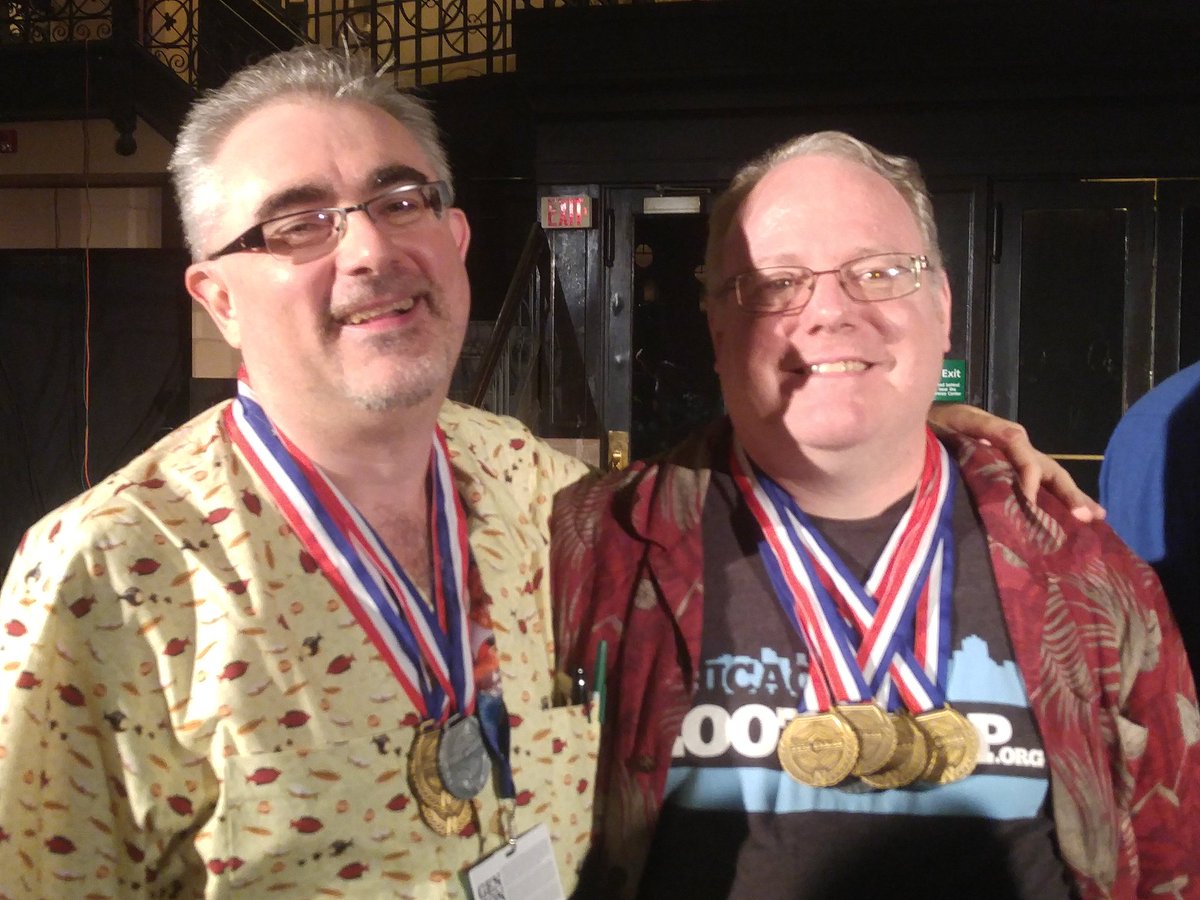