As I have mentioned previously here on Cthulhu Reborn, I had the incredible good fortune late last year to contribute a small amount of artwork (mostly handouts and character sheet) to the new edition of Chaosium’s fantabulous 1890s “Gaslight” setting for Call of Cthulhu. This happened pretty much by accident thanks to the Art Nouveau character sheet (still downloadable from the blog’s Downloads page) I had created for a project of my own .

Although my contribution to the book was very small, I am nevertheless extremely excited by the news that yesterday, “Cthulhu By Gaslight, 3rd Edition” was awarded the gold medal for “Best RPG Supplement of the year” in the prestigeous ENnie Awards (announced at GenCon). This is extremely cool, and a worthy recognition of the enormous amount of effort Chaosium’s freelance team of authors, artists and graphic designers put into this book. Perhaps the two biggest “culprits” in this grand endeavour — and the two who should be proudest — are Kevin Ross (who re-wrote pretty much the entire text, completely overhauling the previous edition from the ground up) and Badger McInnes (layout genius extraordinaire).

The book also took out a second award — a silver for “Best Cover Art.” The incomparable Paul Carrick contributed that evocative pic, and I think is a worthy winner.

Here’s hoping that all those big contributors — as well as all the countless others who (like me) chipped in their own smaller pieces — call all raise a glass, virtual or otherwise, in celebration of a job well done!

All Quiet on the Cthulhu Front?

Anybody who has dropped by this blog over the past couple of months might have gained the impression that I’ve packed up my tools. The blog hasn’t been updated in quite a while … but, ironically, it has not been due to a lack of Cthulhu-related design or writing projects but an overabundance. Over the past couple of months I have been invited to participate in quite a number of different commercial projects — things that are still “in the pipeline” with various different publishers. 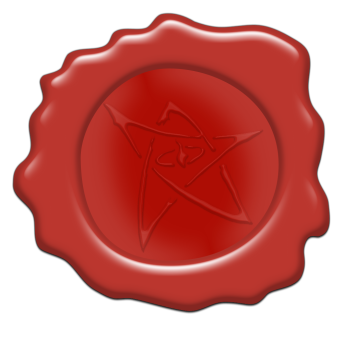 I have also been plugging away (although at a reduced pace) on several different projects for release here on the blog. Although some of these projects, I can’t say much about (and a few I can’t even mention since they have yet to be announced!), here are a few quick notes on what I have been up to. Y’know, just so you don’t think I’ve suddenly gone off and got a life or something 🙂