The Deadwave is Coming!

I’ve publicised it twice already on Cthulhu Reborn … but, really, truly the splendiferous glossy PDF layout for Mark Morrison’s classic zombie-revenge scenario really is almost here. In fact I expect to release it here within the next week.

There are a lot of things that excite me about this PDF … but not least is the fact that Mr Morrison himself will be providing a short introduction! For those of you who have been in the CoC scene for as long as me, you will know how sizeable a role Mark had in the “Golden Age” of CoC … for everyone else, I’ll try to provide some bibliographic info when I release the PDF.

As a small compensation for the delayed release of Deadwave, I have decided to produce a short (2-page) PDF of an “Advice-to-keepers” type article that I stumbled upon the other day when skimming through old issues of the Chaosium Digest. Since it’s called “Keeper’s Revenge Kit”, I figure it kind of goes hand-in-maw with Mark’s scenario … and indeed, the style of play outlined in the article probably *would* lend itself to Deadwave. Anyway, scroll down to the bottom of this post for this small freebie.

Between there and here … I thought I’d include a few pics from Deadwave, so you have a bit of an idea of how much work has gone into this PDF

First off, the cover. I have already posted this a couple of times … but hey, I’m proud of my 1890s-slash-1920s-modern construction, so here it is again. The reason it looks like this is because the scenario is designed to be run in any of these three eras:

When doing the interior layout, I had the brilliant idea of extending the three-layer-ripped-page idea to the inside of the book as well. That meant finding a paper texture for an 1890s book, a 1920s book and a picture of some modern paper and layering them with some hand-drawn tear-lines. As you might imagine this was actually quite a lot of work … Of course once I put it into the book, faded it down to the point where it wasn’t distracting from the text … well it’s not really terribly obvious. Which is why I mention it here 🙂 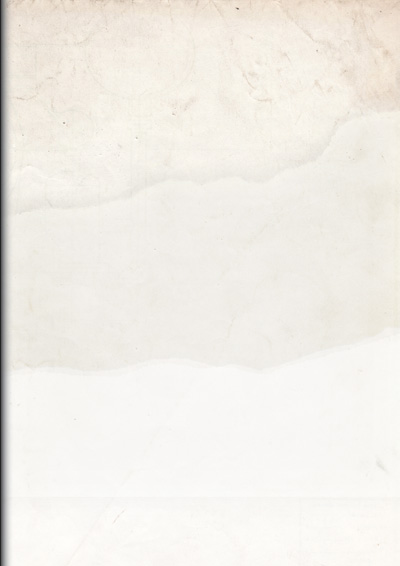 Each successive PDF scenario I have produced has had an increasing level of sophistication in the art department. For the first one, I was pretty much reliant on a couple of clipart collections I have lying around on my computer. For the second I started to experiment with out-of-copyright illustrations from Victorian-era books. This book continues that, but also includes a lot of images which have been released under a Creative Commons license …

Here’s an example of something weird from an old book (a catalogue of 1890s surgical equipment): 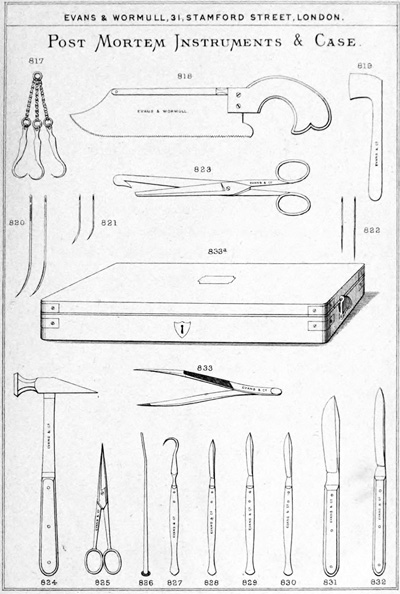 I don’t want to really explain why … but Mark’s evil little scenario calls for a zombie-fied version of a household animal. I figured it would be interesting to put together a 1920s-looking picture of a zombie-dog. I guess that’s pretty ambitious. Fortunately, I stumbled upon some (modern) photos showing the results of people having dressed their dogs up for halloween by sticking fake zombie-style wounds on them. Why you’d do that … don’t ask me. Anyway, as I always say … don’t look a gift zombie-dog in the mouth … so I happily took a photo from user laskawolf on Deviant Art and tried to age it by a combination of Photoshop filters and scratchy textures. It sort of works …

Another thing that Mark’s scenario describes at some length (and again, don’t ask why … at least not now), is a dark winged form of Nyarlathotep soaring above the investigators’ home town. Somewhat ambitiously I thought I would try to include a thematic (if not literal) illustration of this. After spending a lot of time on Google Images, I came across a snapshot from a famous 1920’s film: F.W. Murnau’s version of “Faust” (below). I quite like the general feel of this … it’s like a threatening dark agent (in Murnau’s case Mephisto) looming silent but infinitely powerful above an insignificantly small and powerless city. But the general look of a (slightly blurry) still from a silent film didn’t quite fit into the look-and-feel of the PDF, so I kept looking …

… and found THIS amazing pencil sketch, which is actually an artistic re-imagining of the very same scene from Murnau’s Faust.

The picture is by a Spanish artist who goes by the name AlwaysDisconcerted. She has a page over on Deviant Art, and runs her own blog … both of which show heaps of examples of her intriguing style. Some of what she draws is quite dark and monstrous, some of it oddly story-book-like but with a kind of dark sensibility. I managed eventually to get in touch with AlwaysDisconcerted and ask whether I could use her Faust picture in my PDF. Thankfully she said ‘yes!’

So, anyway, that’s a brief tour of some of the nifty pieces of artwork that are included in the Deadwave layout.

As mentioned above, I was trawling through old issues of the Chaosium Digest the other day, when a short article called Keeper’s Revenge Kit. It’s an interesting read and … I would guess just as relevant to the way CoC is played today as when it was written in the mid-90s. Plus, the “Revenge” theme fits in with Deadwave so nicely I thought it would be neat to PDF the article up and provide it as a freebie bonus extra . . .

You can download the Keeper’s Revenge Kit, right here: