The beginning of a new year is always a great opportunity to look back on everything that’s happened in the past 12 months … and for Cthulhu Reborn that has been a lot. We’ve launched our first commercial PDF product, run a series of interviews with some of the most influential Lovecraftian game designers, mapped out the evolution of Call of Cthulhu skills, created a family of insane handwriting fonts, and … er … a whole bunch of other stuff.

As always, more than half of what has kept us busy over 2013 is still in the pile marked “waiting to be released”, with our art, writing and design work currently upcoming in products from three or four different publishers, not to mention several projects we plan to release ourselves via this blog. It’s all rather dizzying in fact … but a good kind of dizzy (like when you’ve just finished your fifth Space Mead daiquiri). The pic below gives a few hints and teasers about things that are “coming soon” from Cthulhu Reborn, with a few other highlights from 2013 mixed in for good measure. 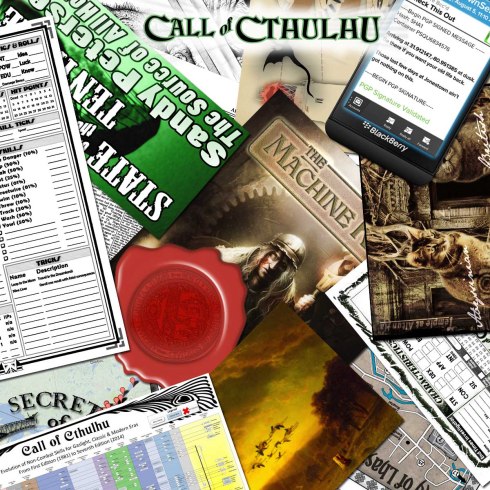