Because the Night Belongs to Horrors (Part 2)

Continuing (and concluding) the interview between Jo Kreil — my fellow APOCTHULHU co-conspirator — and Kevin Ross. As explained in part 1, Kevin contributed an entire chapter to the APOCTHULHU core book devoted to The Night Land, a dark futuristic world described by William Hope Hodgson in a 1913 novel of the same name.

Jo: What drew you to the Night Land as a setting for APOCTHULHU?

Kevin: It’s a really great setting. As others have said before, this is what the Earth would look like if the Great Old Ones and their monstrous followers rose up and took over; or imagine the whole world was Mordor and there were several Saurons around. The Watchers are these gigantic mountain-like figures with weird features, and they’re all held in check or in stasis by equally strange phenomena (lights shining up out of the ground, a halo around their head, giant torches burning in front of them). The story itself is a quest through this horrible night-black wasteland to rescue a woman who may be the reincarnation of the narrator’s lost love.

I’ll be honest, one of the things that ended up striking me about the Night Land as an RPG setting was how much it reminded me of the old Gamma World RPG we played back in the 80s, only much much darker. As I was writing the [forthcoming –ed] scenarios I realized I was having the PCs exploring these old haunted ruins and coming across technology that was completely alien to them since the people of the Great Redoubt seldom if ever ventured outside the protective circle, and they never visited any of the strange sites around them for fear of running afoul of the Evil in the land. That whole set-up, of questers exploring these places and encountering weird monsters and finding and learning to use this alien tech, it all reminded me of Gamma World. I also liked the idea of writing something that was a mix of horror, fantasy, and science fiction, with a bit of Lovecraftian/cosmic horror mixed in, without falling back into the tropes of the Cthulhu Mythos. 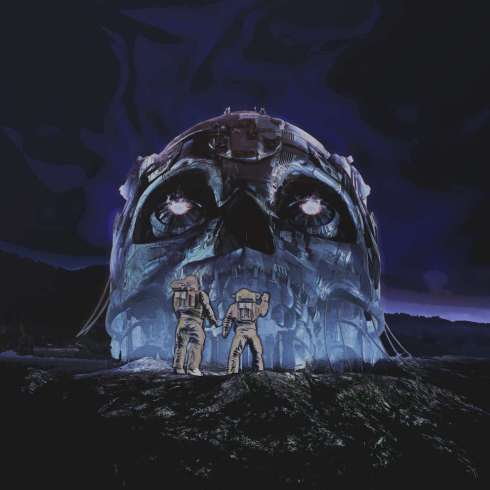 Jo: Are there any other stories of Hodgson’s you think would fit APOCTHULHU?

Kevin: I can’t think of anything offhand, but The House on the Borderland features an end-of-the-world vision that jibes with what’s shown in The Night Land. At one point I’d considered writing a Cthulhu adventure with a house that travels through time as a result of its “possession” by a fragment of Yog-Sothoth. That would have echoed both House on the Borderland and Night Land, and in fact might have been a good bridge between the settings/games.

Now that I think of it, I suppose you could create an APOCTHULHU setting in which climate change has melted the icecaps and you have survivors on ships traveling the globe looking for shelter, while other ships full of cultists hunt for sacrifices for the countless marine horrors that now roam the seas. A nautical version of the Night Land, if you will. Hmmm… DEAN?!?!

Jo: Can you tell us about any other projects you might have in the works?

Kevin: Right now I’m working on the last of three adventures for the Night Land setting book Dean’s going to publish perhaps later this year. This book will have the sourcebook from the APOCTHULHU core, expanded somewhat with tips on describing the setting, inspirational sources, and a much-expanded bestiary. It will also have three full-length adventures, the last of which is basically a huge sandbox campaign that introduces a whole new region of the Night Land. I’ve had a lot of fun writing for the setting, and I hope other people enjoy reading it and playing in it. 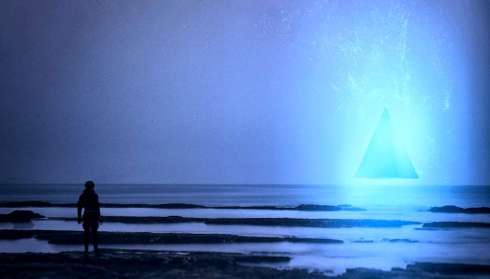 Keeping in the Hodgson vein, earlier this year there was a Kickstarted roleplaying game called “Grey Seas Are Dreaming of My Death”, which recreated a haunted Sargasso Sea setting explicitly inspired by Hodgson’s writings. I backed it, and since I was working on the Night Land at the time and was on something of a Hodgson kick, I contacted the creator and offered to write an adventure for it. He agreed, so I wrote a brief one-nighter scenario called “The Song of Damned” which combines elements from HPL’s “Call of Cthulhu” and E.H. Visiak’s novel Medusa. That should be out later this fall.

I’ve pretty much retired from writing Call of Cthulhu material these days, but Chaosium still has a couple of books’ worth of adventure and setting material for the Down Darker Trails western setting which I wrote and/or edited. Sixtystone Press still has the three-volume Colonial Lovecraft Country setting I wrote and edited for them many years ago. And there’s a short piracy campaign for Modiphius’s Conan RPG called Waves Stained Crimson (with my old pal Todd Woods) that is still awaiting publication.

Thanks to Kevin for agreeing to share his wisdom about Hodgson and the process of digesting The Night Land for game usage. If you’re curious to get a look at the sourcebook material for “The Night Land”, you might consider checking out the PDF version of the APOCTHULHU core rules, available right now on DTRPG. That book will be released in print later in the year (and all early purchasers of the PDF given a discount code for the print book).

The expanded standalone book of Night Land material — including Kevin’s trilogy of scenarios — is still in the writing stage, but we’re hoping to have something out (in PDF at least) around Christmas. Fingers crossed.

In the meantime, though, there’s more than enough in the material Kevin’s written for the core APOCTHULHU book — along with the nifty all-new map of The Night Land we’ve included — to run plenty of Night Land scenarios of your own devising. If you make anything cool … let us know about it. We’d love to hear about your experiences with the setting! 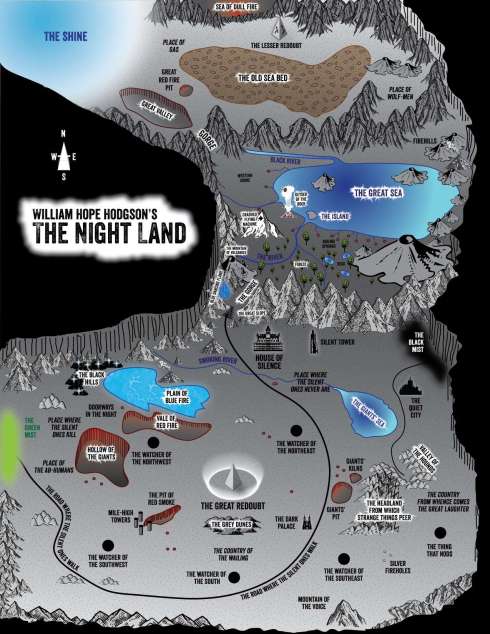 This entry was posted on Saturday, September 5th, 2020 at 8:46 am and posted in APOCTHULHU, Interviews. You can follow any responses to this entry through the RSS 2.0 feed.
« Because the Night Belongs to Horrors (Part 1)