State of the Tentacle: Brian Sammons

CthulhuReborn is delighted to welcome the inestimable Brian Sammons — one of the most prolific and innovative cultists currently writing for Chaosium’s Call of Cthulhu product lines — to our top-secret non-Euclidean undersea base.

Brian has been writing for the Call of Cthulhu game for years. His first book Secrets came out in 1997. Since then he’s been in quite a few books from Chaosium and have done other gaming bits for Pagan Publishing, Miskatonic River Press, Kenzer & Company, and others. Brian’s most recent Cthulhu related projects include scenarios for the Gaslight setting, the Old West setting, the upcoming Punktown book, Tales of the Sleepless City, Atomic Age Cthulhu, Houses of R’lyeh, Doors to Darkness, and more. Basically, if it’s in Chaosium’s “Coming Soon” list for Call of Cthulhu … chances are Brian’s words are in it somewhere. The same can be said for most of the books Chaosium has published over the past several years. His fingerprints are literally everywhere. Some folks may not be aware that the vast majority of books Chaosium has produced in recent history have been editorially “outsourced” in so much as a freelancer editor is appointed to do all the hard yards to wrangle a team of writers and effectively hand Chaosium a finished book. Brian has been this unsung (and uncredited) editorial hero for many of the books in which his work has appeared (and will appear … hopefully sooner rather than later).

Brian also writes horror fiction, often with a Lovecraftian bent, and his work has appeared in a number of anthologies and magazines such as the amazing Dead But Dreaming 2. Recently he’s also started editing fiction books such as Cthulhu Unbound  3 from Permuted Press and the upcoming fiction collections that will (hopefully) soon be out from Chaosium: Undead & Unbound (doing new things with old monsters), Eldritch Chrome (think cyberpunk Cthulhu stories), The Edge of Sundown (horror stories in the American old west), Steampunk Cthulhu (the name sort of says it all), and Atomic Age Cthulhu (Lovecraftian horror set in the 1950s that will support the release of the Call of Cthulhu RPG book of the same name).

How Brian finds time to do all this, I must say I really don’t know … If you want to keep tabs on his inhuman efforts, you can find him on Facebook, or alternatively at his web page: http://brian_sammons.webs.com/ 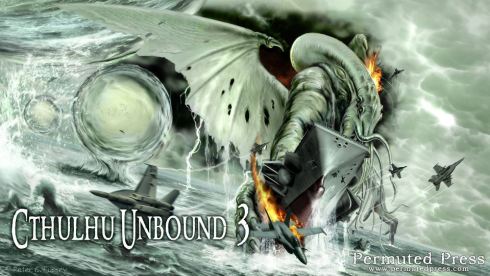 Brian has bravely agreed to come along for a fireside conversation about the past, present and (possible) future of Lovecraftian roleplaying … (and here we mean “fireside conversation” in a Wicker Man sense of the word, rather than anything to do with smores). Here’s how it all went down …

CthulhuReborn: With over three decades of history to Lovecraftian Roleplaying, what do you see as the key milestones and mis-steps that have been made during its evolution?

BrianS: For me, what made Call of Cthulhu (and the other Lovecraftian games that followed it) stand out was its emphasis on story, plot, characters, and not just killing stuff real good. In fact, for years it was THE only game where combat was the last thing you wanted your characters to ever have to do. To further cement this idea, Call of Cthulhu released some amazing and award winning campaigns and scenarios that were far more than an interesting looking dungeon or some new baddie to beat up. The best were truly epic, suitable to be novels or movies in their own right. Hell, since then some people have turned them into novels, like the novelization of someone’s Horror on the Orient Express campaign.

To be honest, I don’t know how good that will be but it is fun to see it happen. In addition to Chaosium’s classic campaigns, it cannot be overstated what a huge thing Pagan Publishing’s Delta Green setting was. It not only took the Call of Cthulhu game and put an amazing and unique spin on it, made it into something uniquely Pagan, but at long last there was a Lovecraftian game set in the modern day that wasn’t just an afterthought. Yes, I’m thinking of Chaosium’s Cthulhu Now setting, which I actually did a book for back in the day, so I can’t be more unbiased as that.

As for the mis-steps, well the biggest one for Chaosium and Call of Cthulhu was their Mythos card game that all but sunk the company and put them millions of dollars into debt. Then there were the bad old days where Chaosium wasn’t producing any new content, other than fan made monographs that were hit or miss at the best of times, and not paying authors and artists what and when they said they would. I give Chaosium credit for making it through all that, as many other RPG companies folded under far fewer troubles, but you can’t forget how bad things were for a good bit of time there.

CR: Given the many and varied publishers and product lines that exist in 2013 to support the hobby, what things do you think this “mini-industry” is doing well and what could be done better?

BrianS: I think the more Cthulhu/Lovecraft gaming the better. I’ve heard some folks say that things are getting perhaps too watered down, or oversaturated, but I don’t agree with that. If someone wants to do Lovecraftian horror in a dark future (like MRP’s upcoming Punktown) or set it in during WWII (Achtung! Cthulhu) or do a totally stripped down version of Lovecraftian gaming (Cthulhu Dark) or one that you play with dominos (Macabre Tales), well that’s great in my book. If any of those things are not your cup of tea, don’t play them, no one has a gun to your head making you buy them. But for those that want to try something a little different, now they can.

My only fear, and maybe this is just me, is some of the homogenization going on in the proposed future. Without putting too fine of a point on things, I think it’s great there is both Call of Cthulhu and Trail of Cthulhu in existence, but one does not have to bleed into the other. Each can exist as their own unique thing, and that’s what makes them good. But there are some folks out there that would like to change one game so that it’s more like the other and that I’m not a fan of. When Pagan Publishing releases its new Delta Green game, I hope it is thoroughly Delta Green and doesn’t feel the need to borrow any elements of other games just because they’re the flavour of the moment.

CR: What do you see as the main factors shaping the direction of Lovecraftian RPGs right now?

BrianS: Variety. As I said before, there are tons and tons of flavours of Lovecraftian gaming goodness for people to choose from. Even within venerable Call of Cthulhu. That’s one of the reasons that I did the book: Strange Aeons 2 for them some time back and more recently Atomic Age Cthulhu. I like taking the norm and setting it in new locations and times. I’m not a real fan of the Cthulhu Invictus setting, but that’s just my personal tastes. I’m glad that stuff is out there for those that want to play Romans against cosmic horrors. Conversely, there are rumours and whispers for a long time of Cthulhu in Colonial America and Cthulhu in the Old West and both of those I’m dying to see and play.

Also, one of the reasons there’s so much Lovecraft love right now is because Cthulhu is more popular than ever before. He’s almost become mainstream. I mean Cthulhu and HPL have even been in South Park and Scooby-Doo. A lot of the video games that come out today have nods to Mythos in it, even if they’re not horror games. There’s a running gag that everything is better if you just add Cthulhu and there seems to be something to be said for that. We might, just might, mind you, at long last get a big budget Lovecraft movie if del Toro gets to make his Mountains of Madness movie. I never thought I’d see that. It’s a good time to be a Cthulhu cultists.

CR: What do you see as the main challenges currently facing the continued prosperity/growth of the hobby? 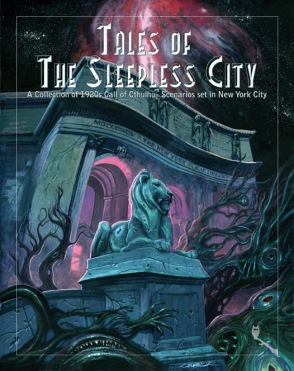 BrianS: Cliques and us vs. them mentality. I’ve seen it on a lot of RPG and Lovecraftian fan forums and it makes me sad or downright angry. Dimwits who think they have authority to pronounce what is or is not Lovecraftian or worthy of being include in Call or Cthulhu. People who don’t just champion their favourite flavour of Lovecraftian gaming (which is fine) but do so at the expense of other games (which is bull****). I call it the five-year-old mentality, that what I like must be the best, because I like it, but what you like is just stupid, because it must be stupid because I don’t like it. You can’t have a civil discussion or debate with those people, their narrow minds won’t allow it. Yes there has always been trolls and overly opinionated idiots on the Internet, but is seems to me that it has begun to be an epidemic in some places.

CR: If it was up to you, where would you like to see the product lines of Lovecraftian RPGs (whether it’s the games themselves or their support products) go next? 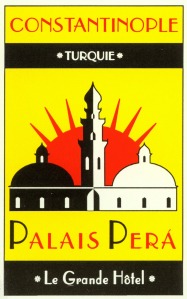 BrianS: No idea, but if I had a really great idea, I wouldn’t share it here, I’d be busy making it. But really, there’s so much new, different, and promising-looking Lovecraftian stuff on the horizon, that it looks like a bright future for our favourite hobby. How long we’ll have to wait for that future, i.e. for all the cool stuff to come out, well that is the question. Special mention must be given to Chaosium and the long awaited re-release of Horror on the Orient Express. I’d like to see Chaosium do more of that in the future.

CR: Hypothetically, if you were to gaze into a crystal ball and look five years into the future of the hobby, what do you expect you’d see had changed in that time?

BrianS: I hope Chaosium is still around and putting out books for Call of Cthulhu. That and just the continued survival of good old fashioned pen and paper RPG-ing with real friends around a table, as opposed to video games over the Internet. I think some of these little publishers will be gone, as I don’t think the hobby can support all of them. That’s not a comment on the quality of their games, it’s just how I feel about the shrinking market of RPGs in general. I hope I’m wrong.

CR: Brian … thank you so much for your time!

2 responses to “State of the Tentacle: Brian Sammons”